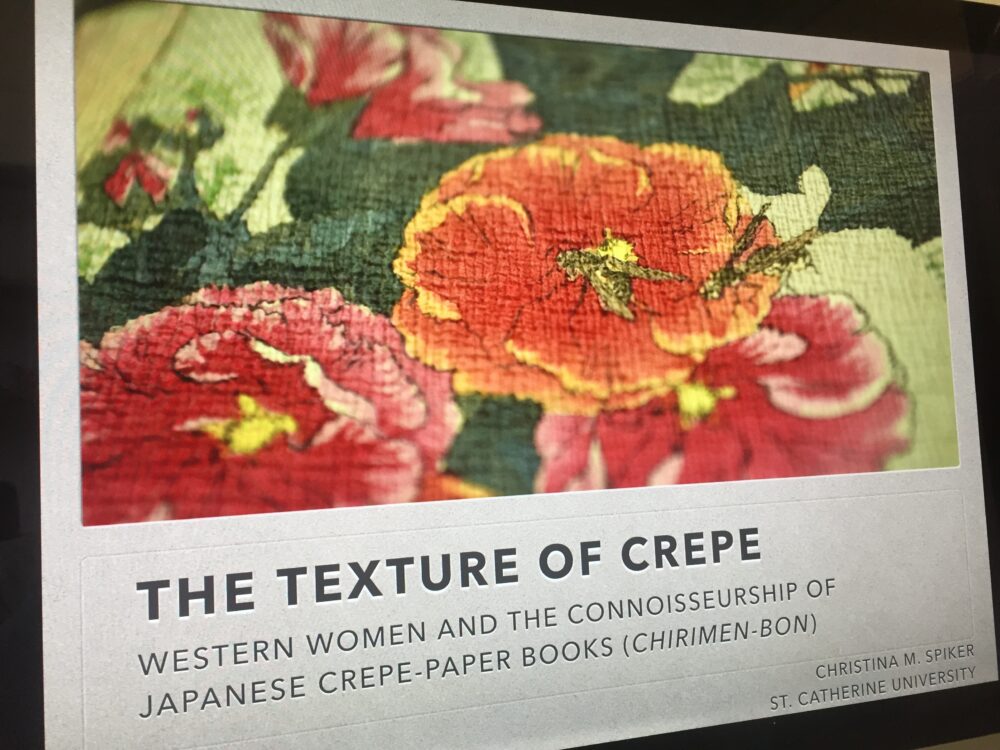 Many thanks and congratulations to the Art Historians of the Twin Cities for a second year of fascinating presentations! I was so honored to be a part of this event for a second year running. My paper on crepe-paper books (chirimen-bon) went over better than I had anticipated, and I left with so many new avenues to consider. It was great to hear the work of the six other presenters: Curt Germundson (Univ. of Minnesota, Mankato), Gretchen Gasterland-Gustafson (MCAD), Frenchy Lunning (MCAD), Christopher Tradowsky (St. Olaf College), Damon Stanek (MCAD) and Maria Zavialova (Museum of Russian Art).

With symposia such as this one that are purposely constructed to be inclusive of a wide variety of work, it can sometimes be difficult to find themes that unite multiple papers aside from the fact that we are all connected to art history or visual culture in one way or another. But there was one concept brought up by Gretchen Gasterland-Gustafson that I kept seeing throughout our papers. Citing Nicholas Bourriaud’s Relational Aesthetics (1998), she discussed the artwork of Chris Larson (particularly his recreation of Marcel Breuer’s Kacmarcik House as the “Daylight Center” in Kapenguria, Kenya). She said that Larson’s work was more concerned with the processes of formation, rather than the finished form. Form, she argued, is concerned with what is desired, while formation is concerned with what is possible. Gasterland-Gustafson related this to the collaborative possibilities inherent in Larson’s art. The crucial moment is when the artist’s initial ideas about a project meet the local constraints of environment, workers, and eventual inhabitants. She explained that form served as a blueprint of sorts, with participants bringing the work of art into being.

After her paper, I began to see our collective preoccupation with issues of formation. In the first panel, Curt Gemundson explored the work of Carl Buchheister and his idea that copies could somehow liberate us from our obsession with the original work of art (7 years before Walter Benjamin’s “Work of Art in the Age of Mechanical Reproduction,” mind you!) Despite his grand ideas, Buchheister eventually fails in this goal, as he still held on the original work of art, making art speculation possible and thus raising the price out of the price range of those he wanted to be able to afford it. Buchheister, in his own way, seemed to be engaging with these very debates over form and formation, and the problems that arise when we privilege form over the creative process more generally. In contrast, Christopher Tradowsky turned to Fluxus and imperative poetry, and challenged us to take poetry seriously. Over the course of his presentation, he spoke about performing a “Fluxus Festival” with students so that they could fully grasp the goals of this kind of performance. We saw a photograph of his students aggressively pushing a piano into the wall, following La Monte Young’s instruction. But this photograph reminded me that such acts require not only active participants to bring the work to being, but also an ability to relinquish control over a finished product. It is about the process, rather than the “finalized piece,” which could only be documented through the medium of photography (or video). And finally, Frenchy Lunning spoke about the gradual codification of an aesthetic called “hirahira” in girl’s ballet comics (shojo manga). The style derived its name from Japanese onomatopoeia for “flit and flutter.” While Lunning provided us with plenty of finished works to analyze, one of her main points was that ballet manga was, in a way, an act of adolescent self indulgence. At the same time that ballet manga strove to depict the perfection of form through the dancer “on point” at the height of lightness and thinness, the aesthetic itself was often a way of working through the identity formation of young girls defiantly standing outside the world of men.

In the second panel, Damon Stanek allowed us to think through the relationship between jazz and images that were projected on a screen in a gallery space. In a theoretical exegesis that moved between music and art, he asked us to consider the differences between presentation and representation. The question rattling in my mind was the striking contrast between the improvisation of jazz where music avoids the overdetermination of form, and the desire to create works of art intended to preserve that generative process in the gallery space. And finally, Maria Zavialova explored the collection at the Museum of Russian art from the perspective of the curator. She focused her talk on the collecting practices of Soviet Art, and it made me remember that collections go through their own formative processes that are subject to the whims of the market and history.

And with regard to my own paper, I actively chose to focus on how these crepe-paper books came into being, rather than offer an analysis of the final form (which is scholarship already being carried out by scholars more qualified than I). I find that by focusing on process, I am better able to account for voices and narratives typically left out of the history. The labor of women is typically invisible if we analyze these books only in terms of significant artists and publishers. What is infinitely more interesting is how these things come into being through a process of cross-cultural collaboration.

The way that I am seeing form vs. formation is likely a far reach from Bourriaud’s (and by extension Gasterland-Gustafson’s thesis), but it served as a productive way for me think through the variety of work at the symposium. What made the presentations interesting is that each person was invested in the collaborative possibilities inherent in the journey, rather than the destination.

Looking forward to next year! 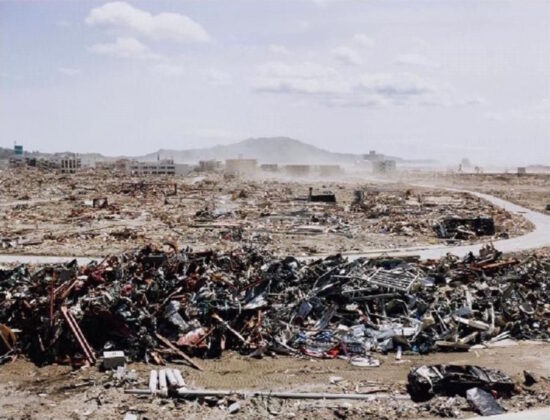 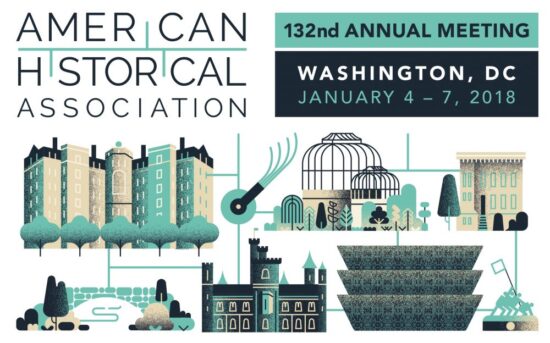 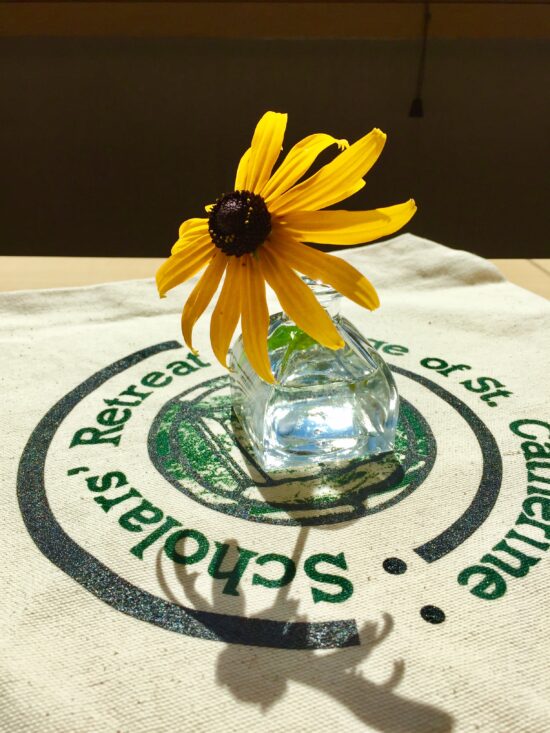