Presentation // The Shôjo and the Indigenous Body: Representations of Ainu Woman in Japan’s Samurai Spirits, 1993-2008 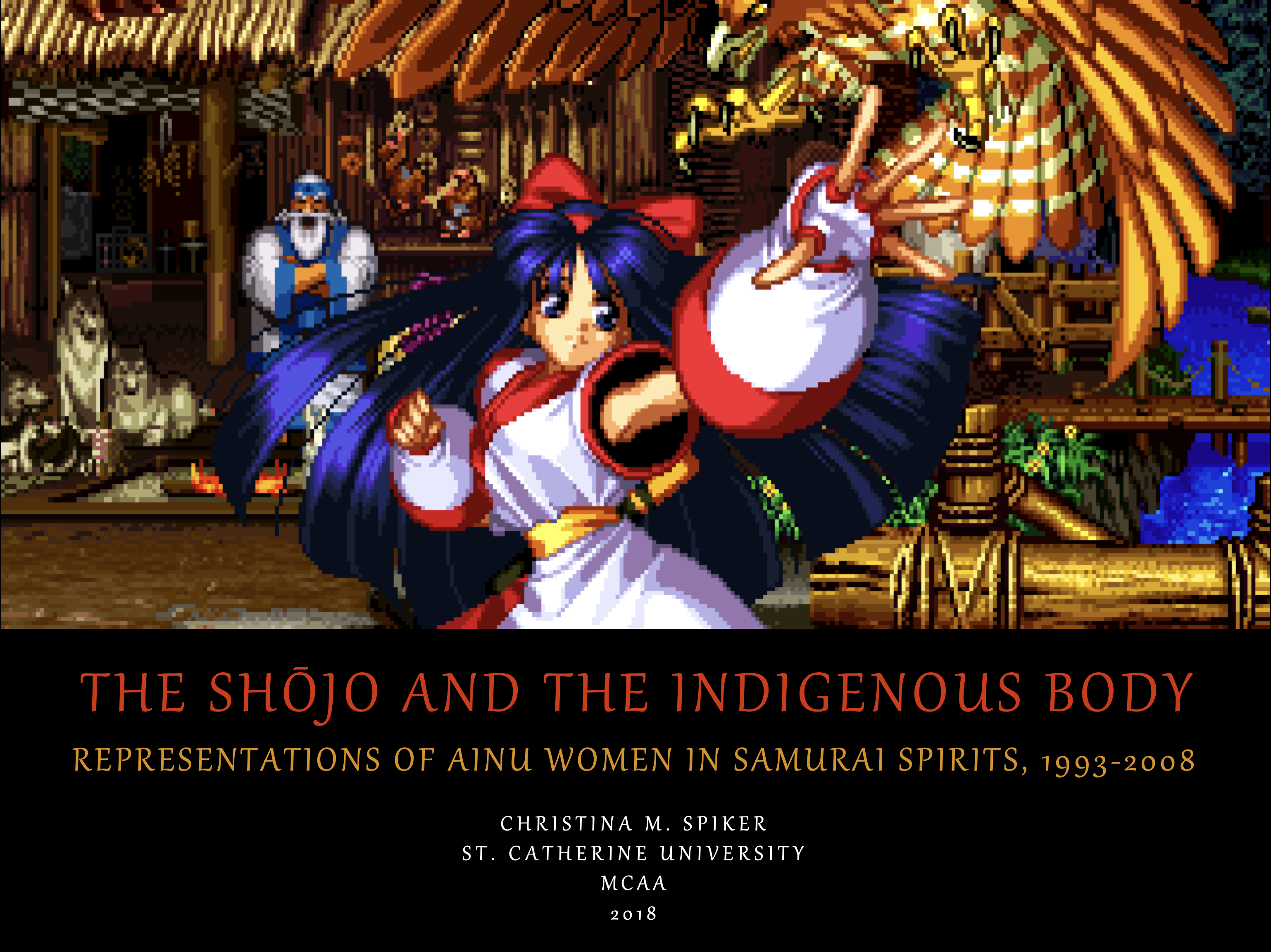 With the 2014 release of Never Alone (Kisima Inŋitchuŋa), a puzzle-platformer developed by Upper One Games in conjunction with the Alaskan Cook Inlet Tribal Council, academics and gamers alike have begun to examine the potential for video games to explore native culture as a form of both entertainment and interactive storytelling. In Japan, where its indigenous Ainu minority was recognized as recently as 2008, the relationship between the Japanese and Ainu population remains strained. This paper investigates the role of representation in creating an accessible version of indigenous culture repackaged for the Japanese mainstream. Focusing on Ainu sisters Nakoruru and Rimururu who are featured prominently in the fighting game Samurai Spirits (1993–2008), this paper examines battling indigenous shōjo heroines as virtual ambassadors of culture. While these two characters are marked as Ainu through their clothing and relationship with nature, their indigenous identity is often secondary to their portrayal the shōjo, or “young girl” archetype. In conversation with the work of Sharalyn Orbaugh, this paper questions how the archetype of the “busty battlin’ babe” translates when dealing with the bodies of Ainu women. I argue that Ainu-ness is represented as a form of narrative excess that the character can don as a costume and remove just as easily. By analyzing Nakoruru and Rimururu’s official representation in the franchise, in addition to fan interpretations as presented in self-published comics (dōjinshi) and the erasure of their Ainu backstory upon import to the United States, this paper negotiates various representations of indigenous Otherness against the backdrop of Japanese racism and indigenous activism in the late 1990s and early 2000s.