Presentation // The Texture of Crepe: Western Women and the Connoisseurship of Japanese Crepe Paper Books (chirimen-bon) 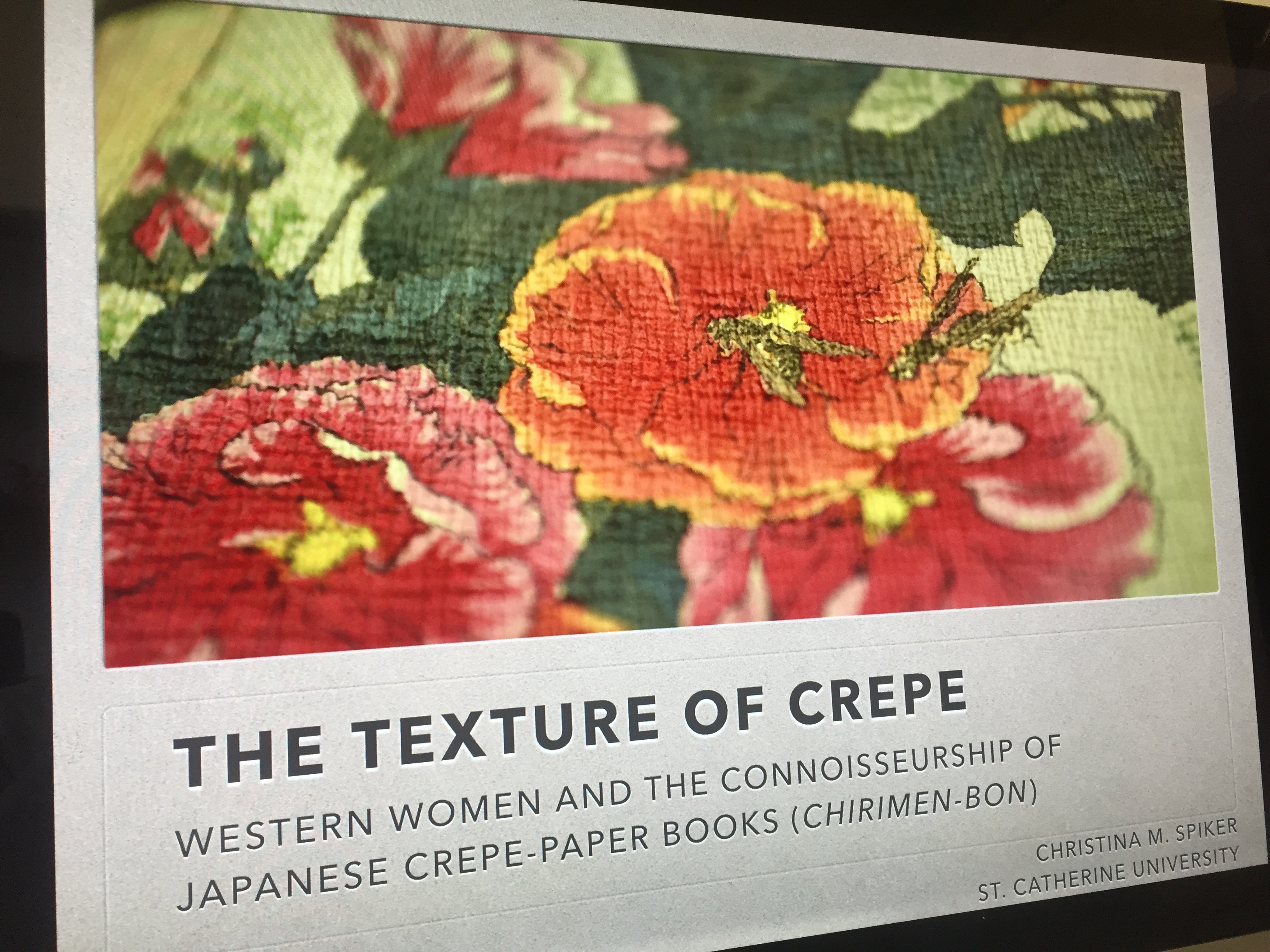 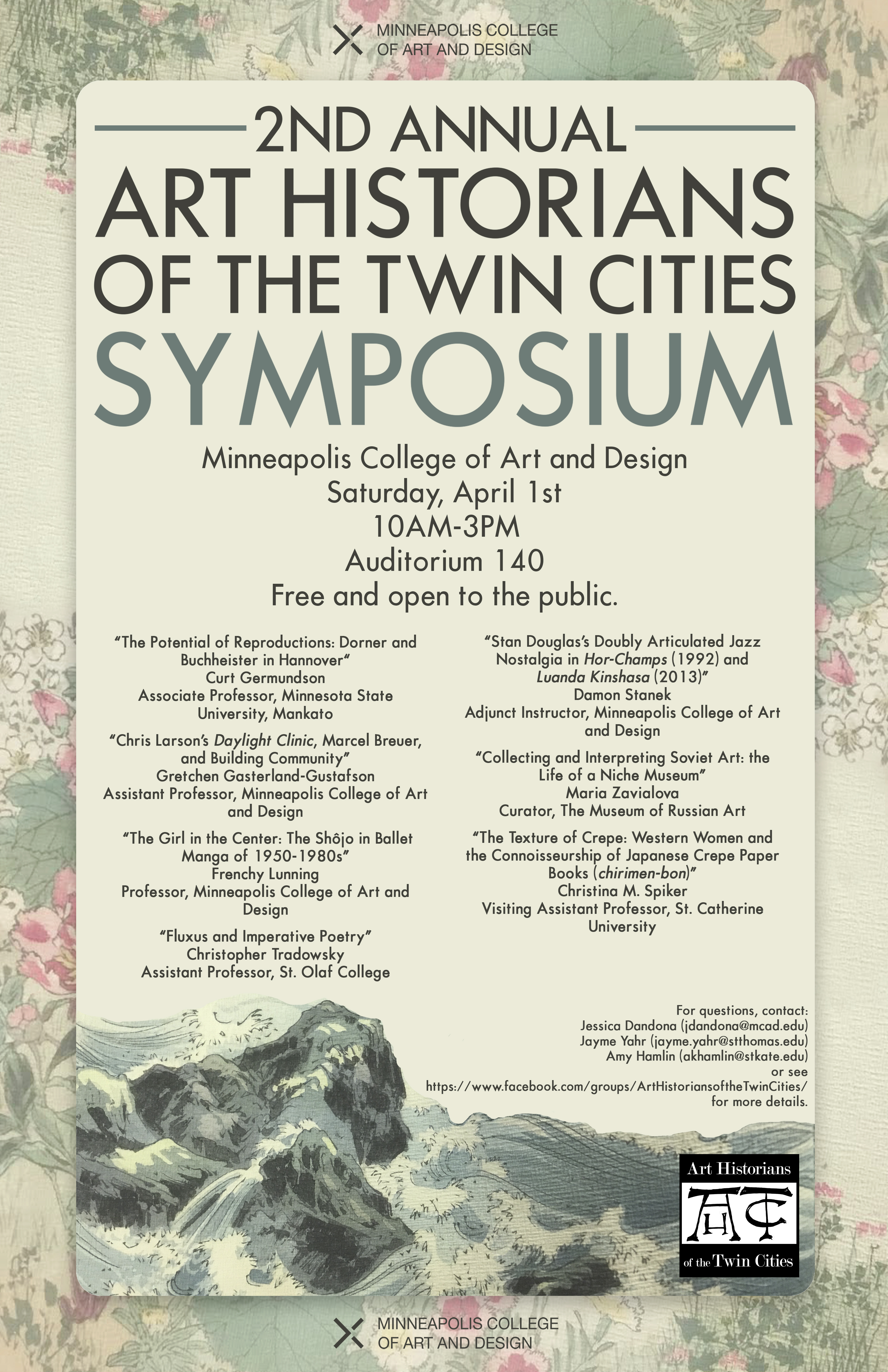 In his book, A Shoemaker’s Story, art historian Anthony W. Lee reflects on the importance of investigating local subjects with an eye open to the large—and often global—issues that they invoke. He writes,

My advisor… once waxed eloquent about digging where one stands, meaning a commitment to local subjects and the belief that they deserved just as much rigorous scrutiny as more glamorous, cosmopolitan ones… This book is all about scratching the soil nearby and seeing what turns up. I continue to learn that such a project is neither limiting nor truly local but instead opens up to a very wide and meaningful world…

This essay is an exercise and experiment of following this same advice. While attempting to “scratch the soil nearby,” I uncovered a small, unassuming Japanese crepe paper book (chirimen-bon) in the Evelyn Goodrow Mitsch collection at St. Catherine University. The 24-leaf volume that Mitsch collected bore a quaint name, The Smiling Book, and was published by woodblock printer Takejiro Hasegawa circa 1896. This essay investigates the relationship between densely illustrated crepe paper books produced for a predominantly foreign female audience, the artistry of Hasegawa’s woodblock-printed illustrations, and the obscured labor of missionary and military wives who served as writers and translators of these image-texts. This article also considers the role of Minnesota native Evelyn Goodrow Mitsch as an artist-traveler and a collector. Her life-long mission of bridging cultures can be viewed alongside a material history of the woodblock printed crepe paper book in order to historicize the sustained female engagement and fascination with Japanese objects—a role often played by male connoisseurs of culture— through the mid-twentieth century.