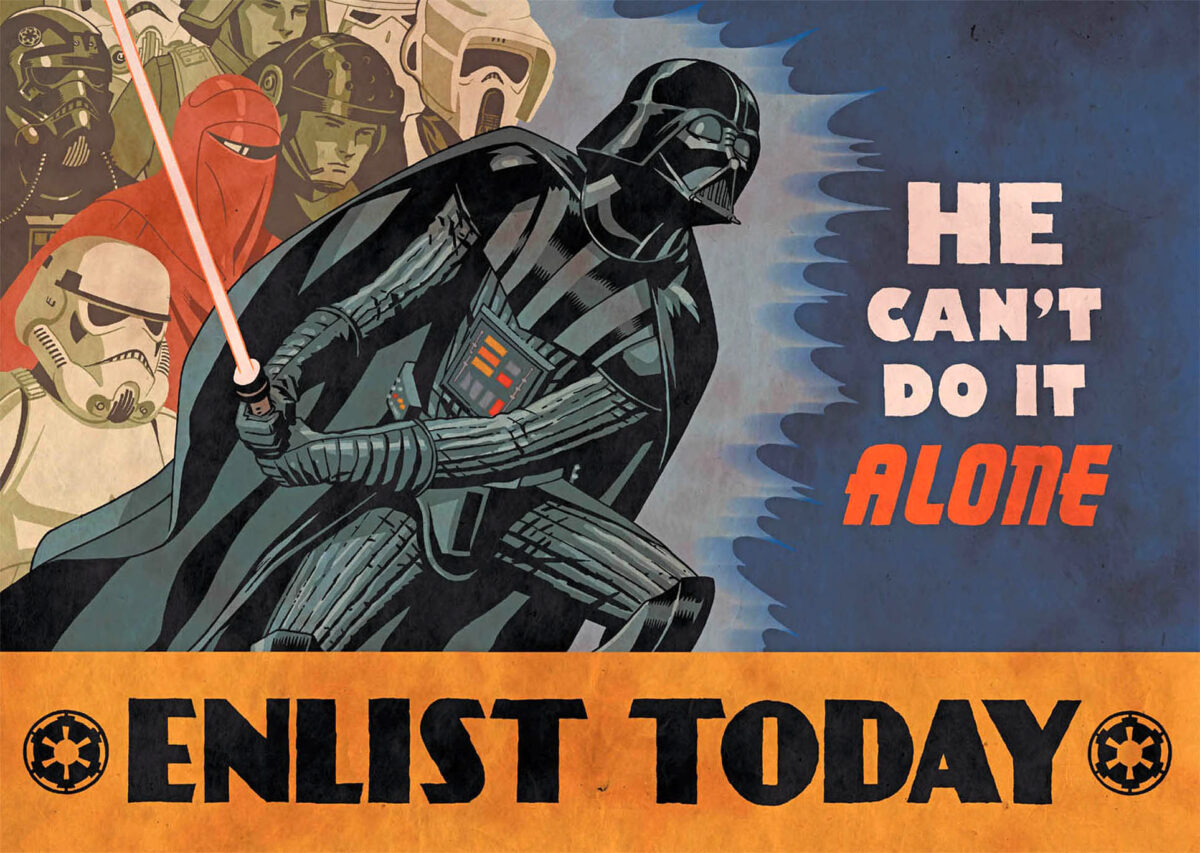 All Art is Propaganda: Visual and Scientific Perspectives on Persuasion

Building on George Orwell’s controversial claim that “all art is propaganda,” this course will explore the art and psychology of advertising, propaganda, and other persuasive visual media. Combining methods of scientific and visual analysis, students will investigate how both historical and contemporary images are constructed and consumed. In learning to apply psychological theories of influence, students should expect to engage with diverse media including contemporary art, political advertisement, public service announcements, military propaganda, cartoons, caricature, product advertising, and branding. Upon completion, students will have the tools to be critical consumers of art and visual culture. 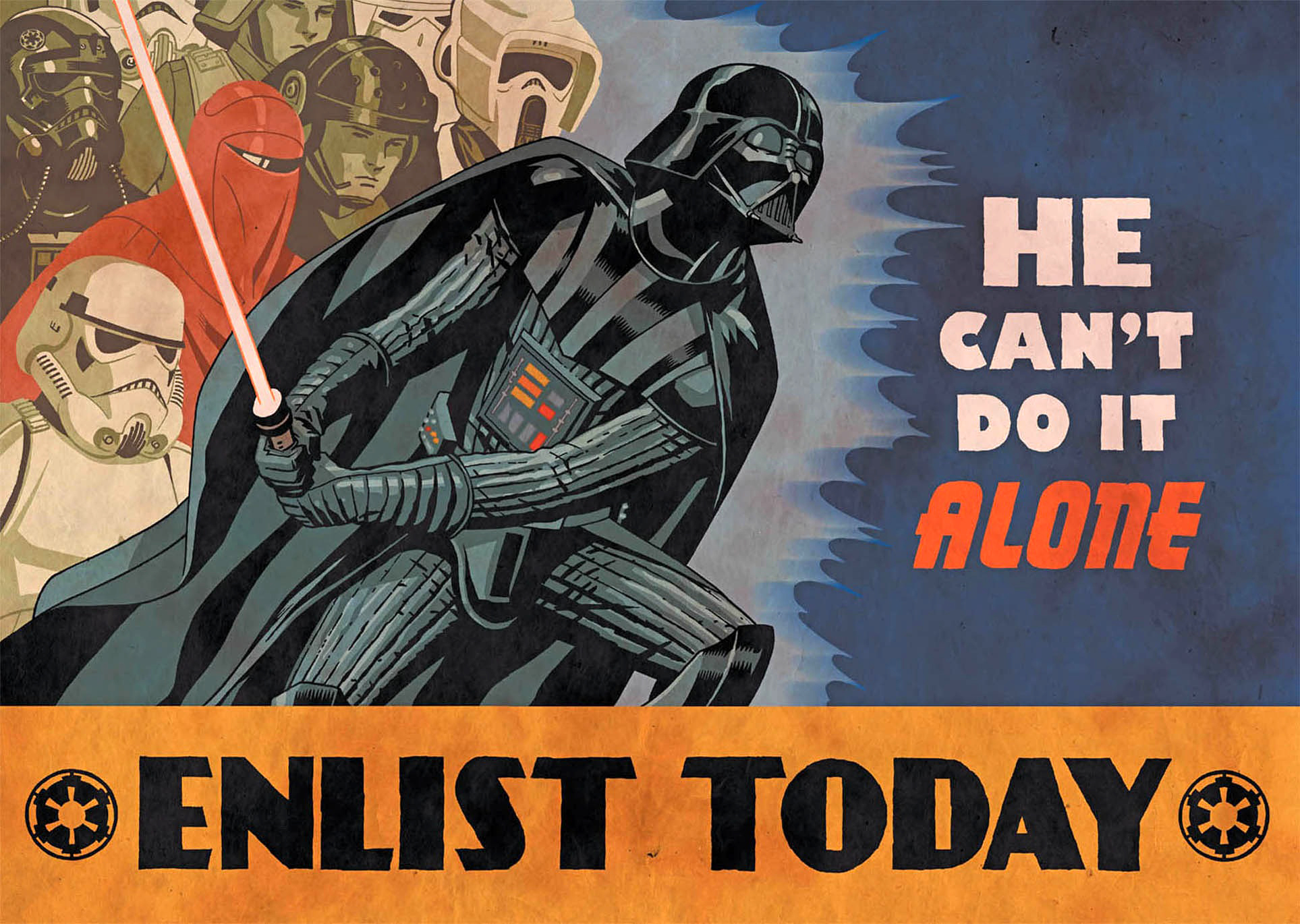 Image Credit: (top) Cliff Chiang, Untitled (He Can’t Do it Alone), 2010. Originally made for Star Wars Galaxy Series 5, a series of Legends trading cards by Topps.