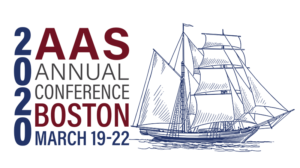 Spiker, Christina M. “Optical Consistency in Ainu Photography: Tracing Networks of Transnational Reproduction,” paper planned to be delivered on the “Imaginaries in Motion: Early Transnational Photography in and beyond Asia” panel at the Association of Asian Studies, Boston (March 19-22, 2020) [CANCELLED DUE TO COVID-19]

As Meiji Japan transformed the island of Hokkaido in service of modernization, the indigenous Ainu contended with the invasive colonization of their land and sudden, intense interest in their culture from both Japanese and international travelers. This paper examines this nineteenth-century fascination as captured in early Ainu photography. I investigate the links between original tourist and ethnographic albumen prints, their reproduction as souvenirs and postcards, and their eventual translation into the medium of woodcut engraving. Rather than focusing on improvements in photographic technology, this paper draws upon a framework outlined by Bruno Latour to examine the mobilization of photographs to create a conceptual and optical consistency through an integration of both word and image. I argue that the understanding of the Ainu in both the Western and Japanese imagination often had little to do with capturing the reality of their lives, although this was often the claim. Instead, popular understanding depended on the visual calcification of the Ainu image into a cohesive notion of indigenous identity constructed solely from the outside. The resulting stereotypes were flat and one-dimensional. They found representation in a wide variety of media including Japanese tourist postcards, American newspapers, and photographs from the 1904 Louisiana Purchase Exposition and the 1911 Japan-British Exhibition based on earlier visual models. By tracing the afterlives of several key images, I discuss how optical consistency was achieved over time and how it affected the Ainu community who found themselves at the center.