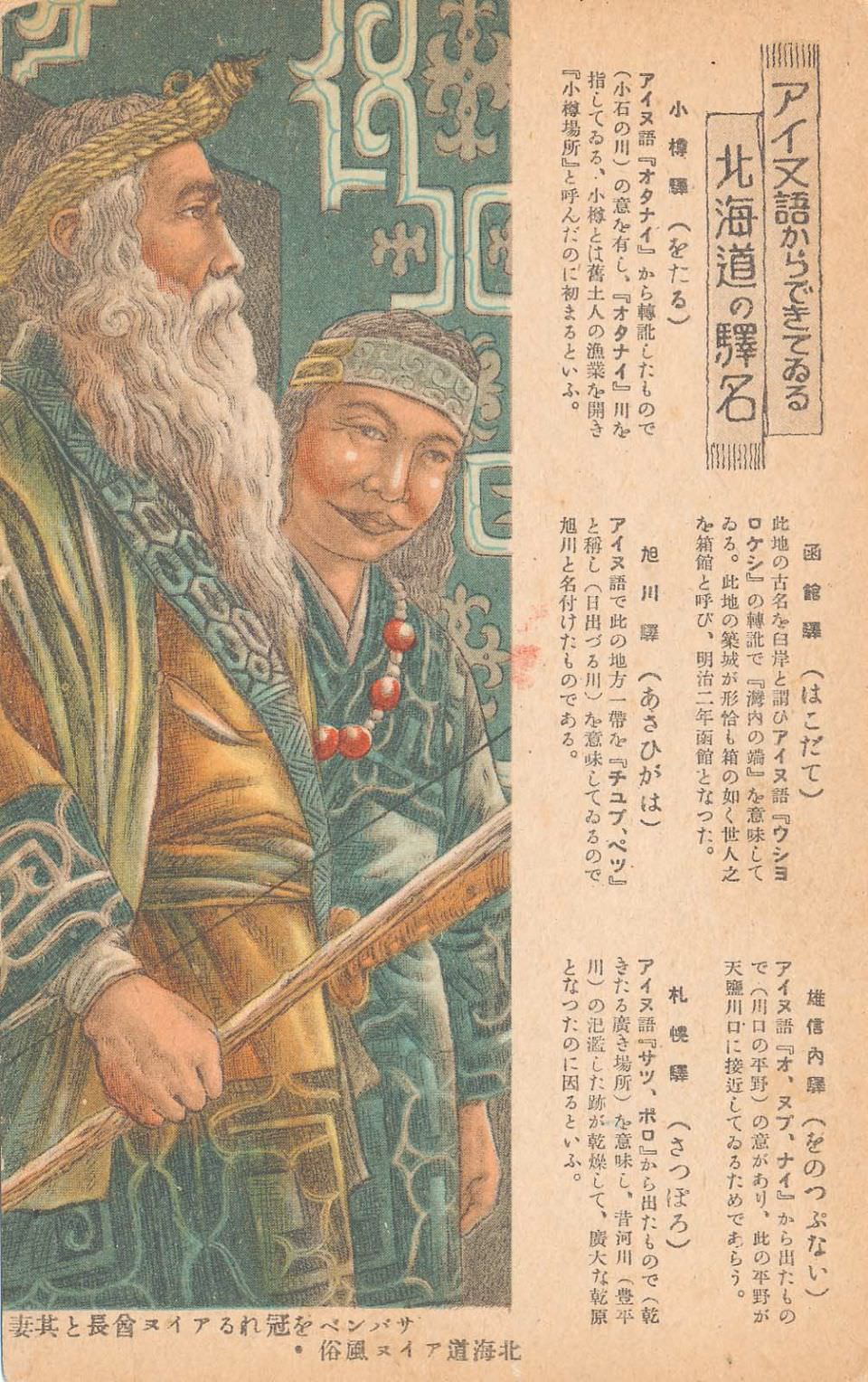 Photo postcards are an often-ignored category of photographic reproduction, but a crucial hallmark of the modern travel experience. The everydayness and obviousness of the postcard format makes it a ripe primary material through which we can learn about culture, racial attitudes, and the inner-workings of imperial ideology. In this paper, I interrogate a single early Showa-period Japanese postcard set (ca. 1926-1940) that engages with the customs of the Japanese indigenous minority, the Ainu. Produced in Hokkaido, I argue that this particular set exemplifies a much broader postcard phenomenon that negotiates the industrialized Hokkaido landscape with the loss of indigenous, Ainu spaces. The speed of train travel forever changed the tourist experience in Japan by making it feasible to reach obscure locales with ease. As a testament to this new configuration of the tourist map in Hokkaido, postcards like these stand as visual relics that embrace new tourist geographies while illuminating the specter of the indigenous Ainu village erased in the name of progress. This particular postcard set was produced in order to educate a new sightseeing public about the Ainu linguistic origins of Hokkaido city names. The Ainu are visually relegated to the periphery—both literally and figuratively—as Japanese text is superimposed over native bodies in a crowded collage. Through a creative juxtaposition of image, text, and lithographic design these postcards simultaneously laud the wonders of railway travel to the island interior while inscribing new transportation hubs with nostalgia for a pre-Meiji, indigenous past.