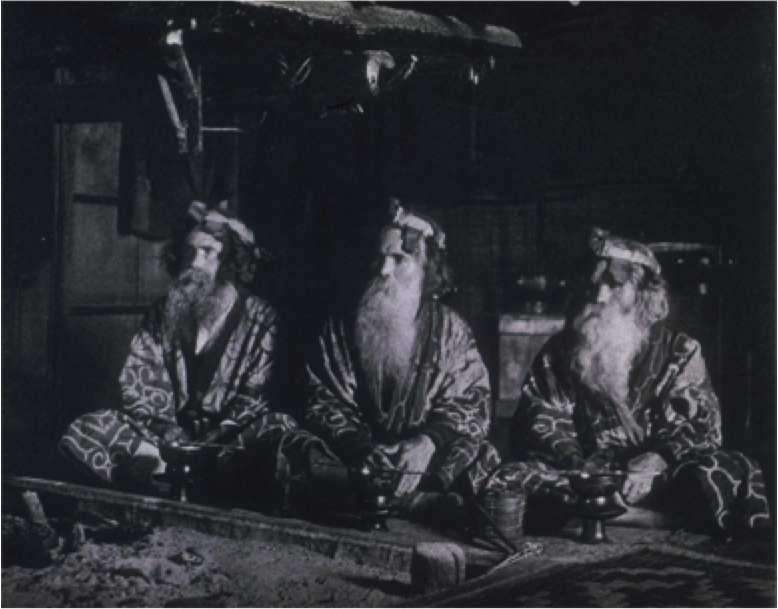 This paper examines the role of the Ainu in the Euro-American imagination through the study of Arnold Genthe’s photographs from his trip to Japan in 1908. Although representations of the Ainu are often discussed in the context of Japanese debates over race and ethnicity, it is my contention that the Ainu played a larger role than currently attributed in the construction of Euro-American identity prior to 1920. Representations of the Ainu are enmeshed in the discourse of the “vanishing race,” and provide an interesting example of what was thought to be a “proto-white” people by European and American anthropologists. Using Genthe’s photographs as an entryway into these debates of the early 20th century, I see his work as intersecting Meiji photographic practices, European interest in the Ainu as a form of self-assessment, and the budding field of American ethnography. Bridging terrain between Japanese and American visual culture, this paper examines the way in which Genthe’s photographs contribute to a transnational economy of images constructing notions of American and Japanese identity.