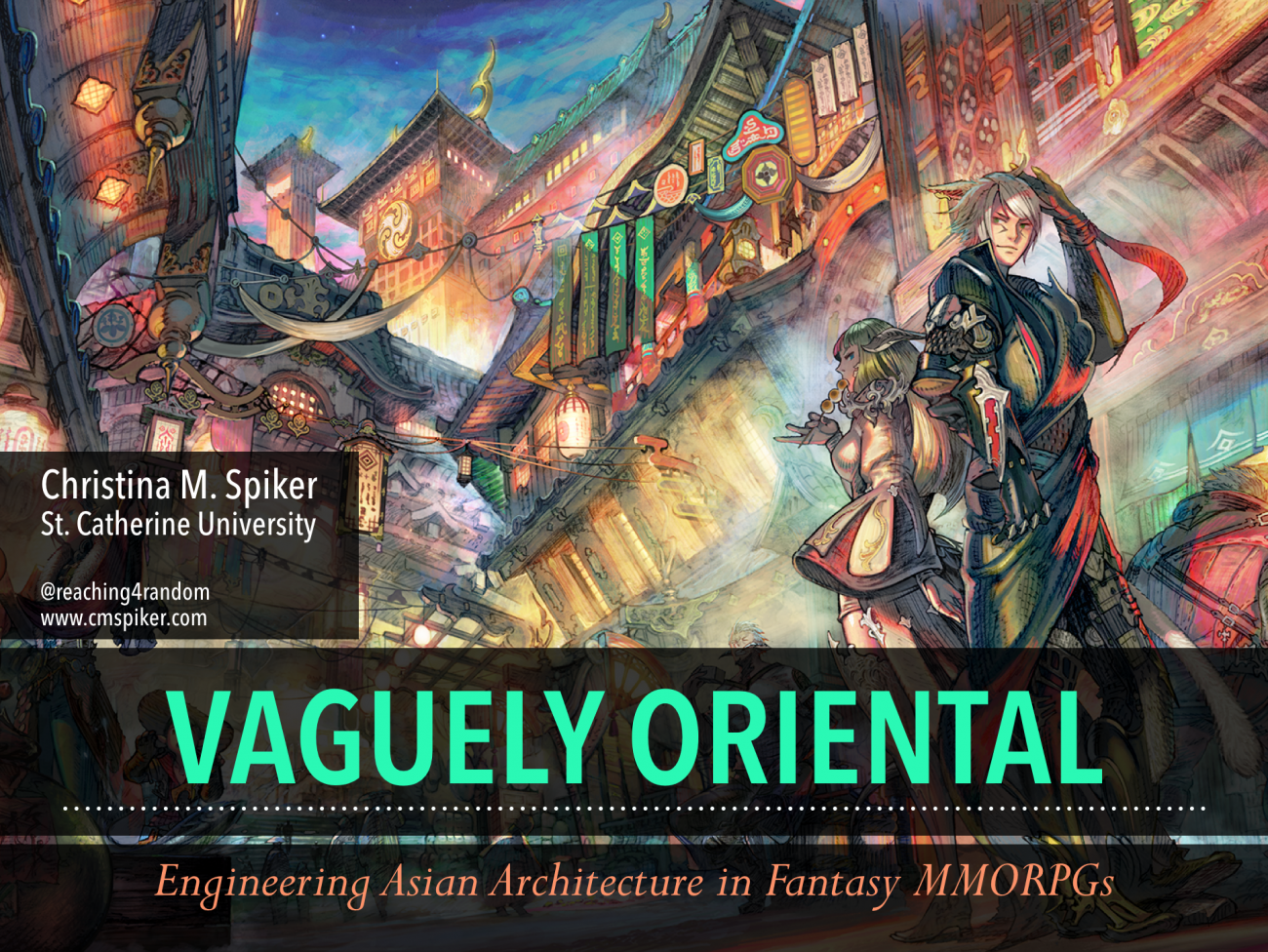 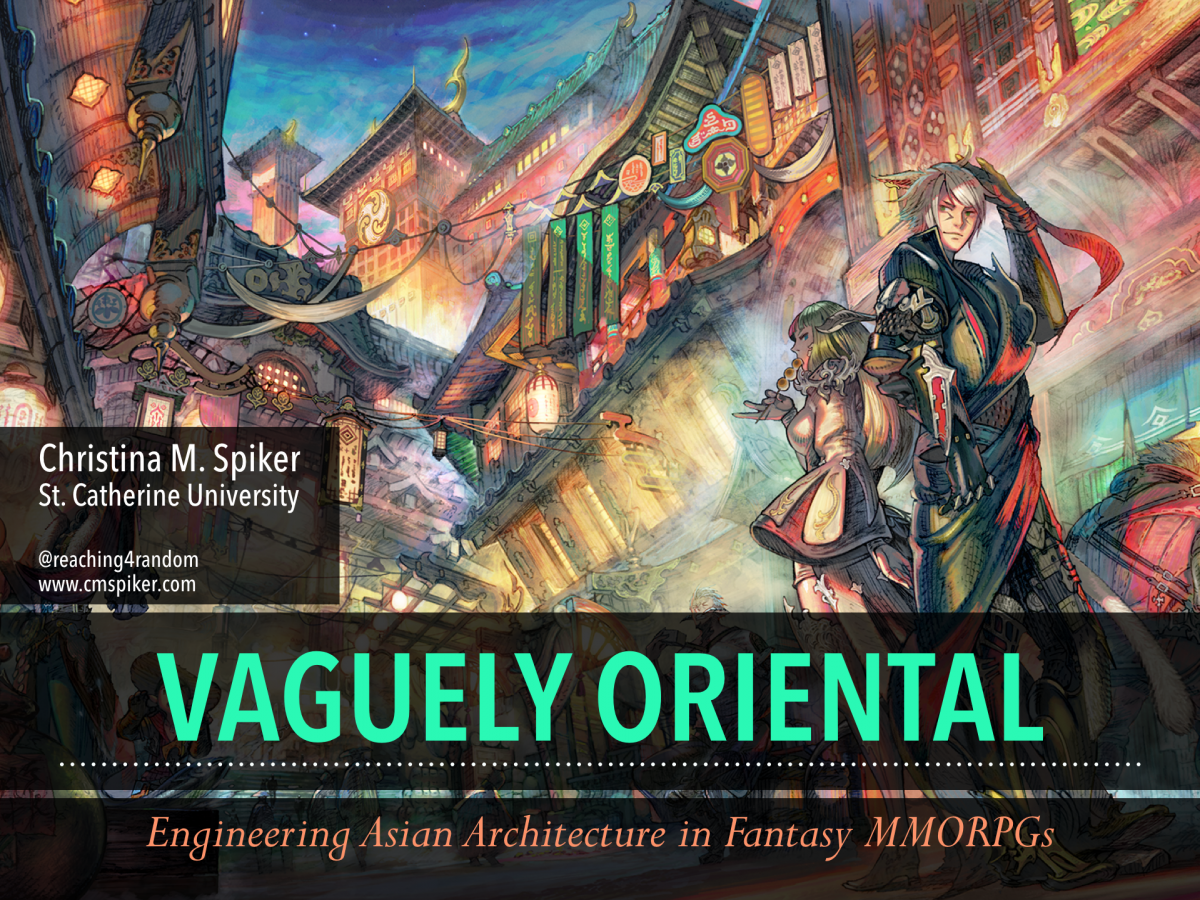 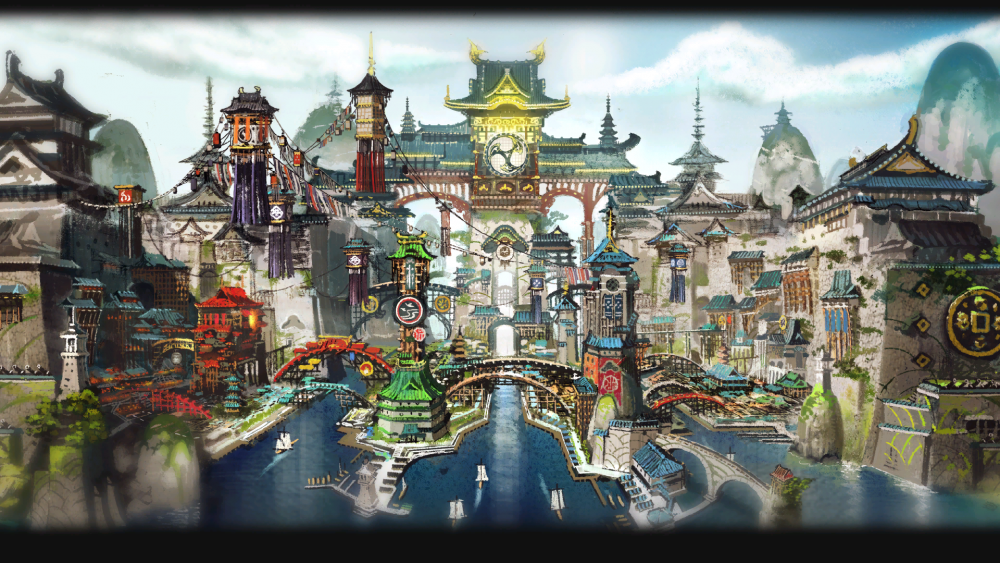 In his work Orientalism (1978), Edward Said describes the “Orient” as “the stage on which the whole East is confined.” He explains that, “The Orient then seems to be, not an unlimited extension beyond the familiar European world, but rather a closed field, a theatrical stage affixed to Europe.” The construction of Said’s metaphorical stage is likely familiar to any art historian looking at Neoclassical or Romantic painting. From Ingres to Delacroix, odalisques with unusually Romanesque noses are surrounded by the props, architecture, and costume of an Orientalist tableau made by and for nineteenth-century Europeans.

The application of Said’s Orientalism to the field of art history was and is a common move, but the application to video games is more uncommon. This paper pursues Said’s original line of thinking in another visual mode by focusing on the way that Orientalism manifests in massively multiplayer online role-playing games within the fantasy genre. When immersing one’s self in these games, the design of the world forms a “stage” for the player. Reading Said literally in this sense, I investigate the construction of these spaces with an experimental approach that combines art historical analysis with the recent study of race representation in game studies. While the latter tends to focus on the physical bodies and attributes of in-game characters and avatars, applying close visual analysis so central to the field of art history allows us to understand the way that ideology operates in the smallest—or in the case of architecture, the largest—of environmental details. The visual settings of MMORPGs challenge us by creating specific locales that are read by the player as “Asian” or “vaguely Oriental” within story narratives that harken back to fantasy worlds based in the Western tradition. I want to envision the stakes as well as the creative possibilities enabled by such design.