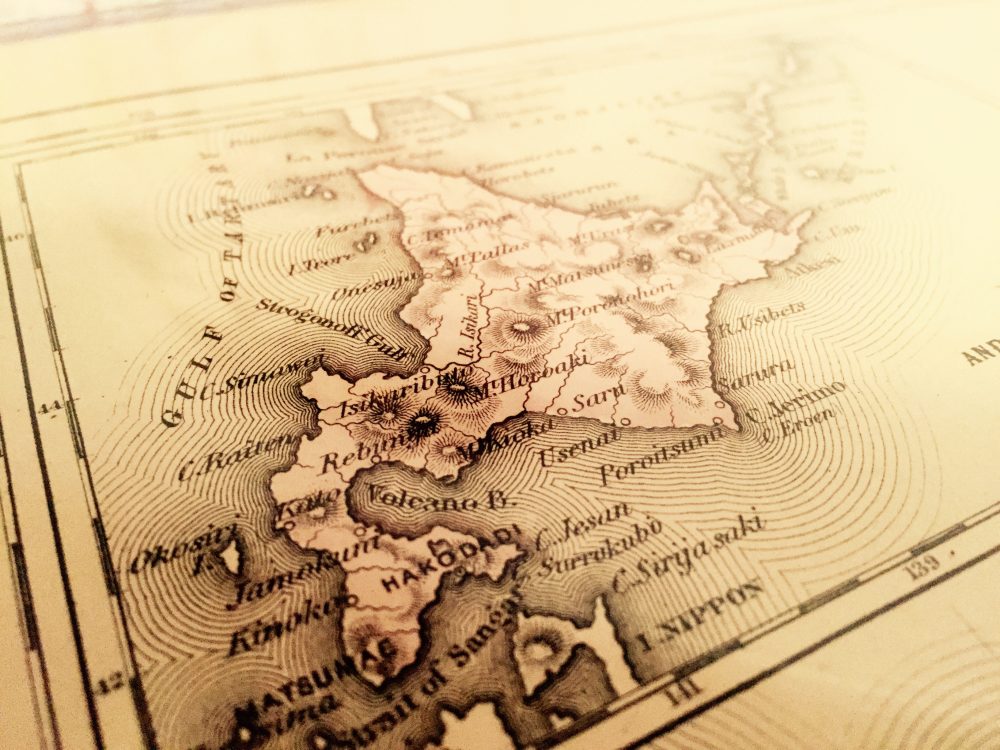 Time flies not when you are having fun, but when midterm season is approaching! In light of exam craziness, I’m quite excited to be giving a lightning paper next week at the Global Digital Humanities Symposium at Michigan State University. While I have been pretty involved in digital humanities since I was a graduate student, I don’t often get a chance to come together with people across disciplines who incorporate these kinds of methodologies into their research and pedagogy. The techie in me is jazzed to learning about new tools or new applications of tools that I already use.

The paper is titled “Mapping the Northern Frontier: Geo-Spatial Visualization and the Exploration of Indigenous Culture in Japan.” In a nutshell, I will be talking about how the mapping tool ArcGIS can be used to compare the routes taken by travelers in Hokkaido during the Meiji period (1868-1912) to learn new information about the Ainu villages that became tourist staples later in Hokkaido’s history. However, I think this approach has vast implications for art history. Ainu visual artifacts are scattered across US, European, and Japanese museums. In the future, I would like to layer the routes of prominent travelers/collectors/anthropologists with metadata about these visual objects and where they were found. From the experimenting that I’ve been doing, I think it can paint a rich picture about how visual culture moves through geographic space and give valuable data about which Ainu villages and regions are over-represented in the history in a way that gets beyond mere anecdotal evidence. I am hopeful that such a tool will permit us to compare the narratives of travelers (some of whom highly exaggerated the uniqueness of their itineraries), and that it will give us a chance to compare regional styles and go beyond a “monolithic” understanding of Ainu culture during that time. In sum, it paints a more dynamic picture of the visual cultural landscape.

If you are in Michigan and interested, the two-day symposium begins on March 16th at 11:30pm. My panel on mapping begins at 2:05pm.