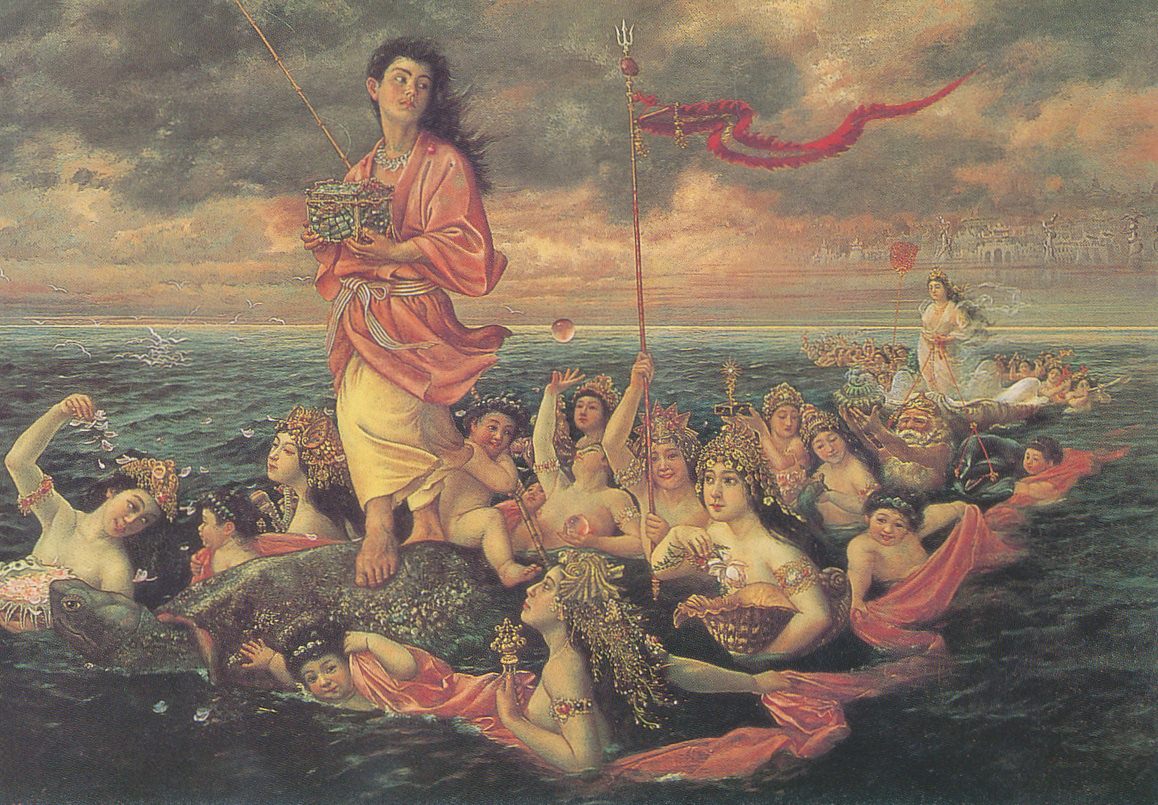 This has been in development for what seems like forever, but I am thrilled that my translation of Takashina Erika‘s essay “Sea of Hybridization: In Dispute over Urashima” (異種交配の海―「浦島」をめぐって) from the third chapter of her book The Sea Beyond: Hōsui, Seiki, Tenshin, and the West (異界の海 ―芳翠・清輝・天心における西洋) is now available and online as part of the Review of Japanese Culture and Society‘s special issue titled “Commensurable Distinctions: Intercultural Negotiations of Modern and Contemporary Japanese Visual Culture.”

This particular essay discusses oil painter Yamamoto Hōsui’s multi-figure painting Urashima (1893). Takashina’s research on this painting is exhaustive, to quote the editors of this issue. She painstakingly analyzes the iconography of Hōsui’s work that depicts the Japanese legend of Urashima Tarō to reveal deep connections and fractures between Japan, Europe, and Asia. Takashina compellingly frames Urashima as a complex and multivalent work that figures the ocean as a space of cultural hybridity, while projecting Hōsui’s aspirations for the future of Japanese modern art and transnational realpolitik in the Meiji era. Connected by a vast and primordial ocean, Hōsui negotiated an identity between Paris and Japan, and he saw art as having the power to cross borders through the sensorial and highly symbolic space of the imagination.

It is great to have a role in bringing Takashina’s work into conversation with other scholars exploring intercultural negotiations in this issue. Definitely check it out if you have an interest in yōga (western oil painting in Japan) or the arts of the Meiji era!