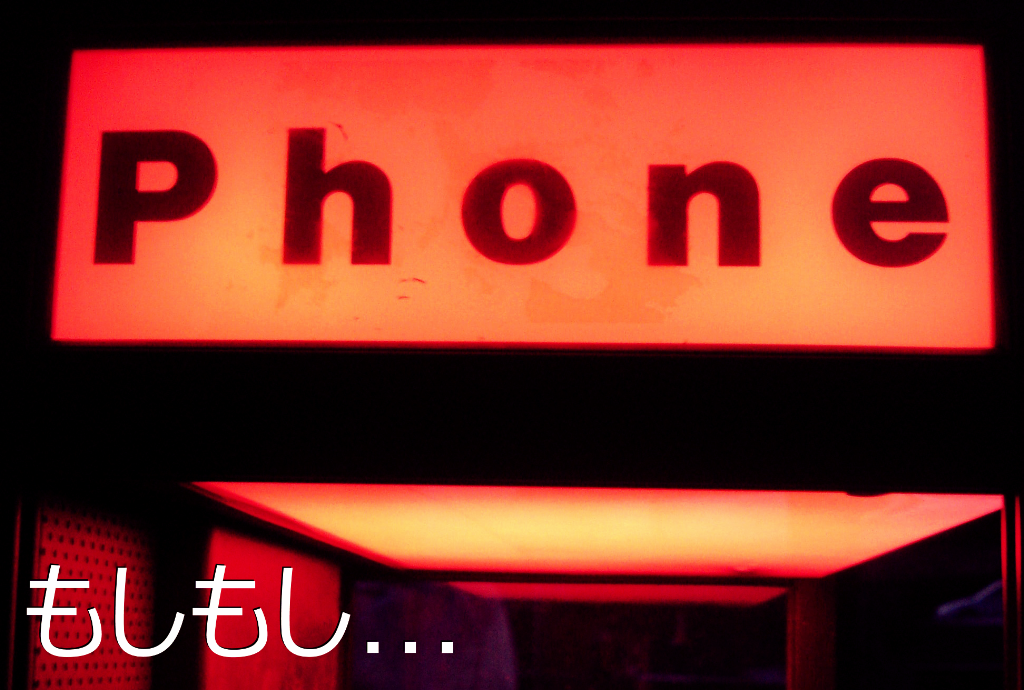 I have a style of cellphone here, called “garake” (“galapagos keitai” — a phone that  is “Made in Japan” and stands no chance of survival outside of the archipelago where it would likely be consumed by the natural selection of electronic devices). And while it doesn’t win me any style points, it has two major things going for it: (1) it is cheap and (2) it has a longer battery life than any item I have owned in recent memory with the exception of my electronic dictionary.  So when I checked my bag on Saturday morning and found my phone dead I was mildly shocked, plugged her in, and went to go about my business. In a flurry of blinking lights and obnoxious sounds, it told me that I had five missed calls, two missed texts, and five new voicemails on a phone number that very few people know.

Putting aside my initial panic, I checked the texts first. All from a friend this past Friday — okay, cool. Then I looked at the missed calls — all from the same unidentified number. The voicemails revealed the identity: a poor employee at a Japanese travel agency who has been trying to reach me for the past day and a half to discuss a tour I booked for my sister and I. “Please call me back as soon as possible.”

I always have a minor panic attack when I have to make a phone call in Japanese.  It seems that no matter how much I improve, there is something about speaking a foreign language on the phone that totally weirds me out. Send me an e-mail, a text message, or speak to me face-to-face, and there is no problem! But with the phone, it is as if I suddenly need a hearing aid to understand the person on the other line clearly. My volume is turned to max and I can’t seem to separate the “I can’t hear” from the “I can’t understand.” I don’t know if it is just the lack of body language or whether I need visual verification that the other person is listening, but things I have no problem understanding in any other context seem incredibly difficult on the phone. It seems I am not the only person who feels this way, and a quick Google search led to people describing the  difficulties of speaking a foreign language on the phone as nothing short of traumatic. I don’t know if I would go that far… extremely unpleasant, maybe? But even when I express to my fellow non-native friends, they all give me a knowing, sympathetic nod.

It took me a bus ride and lunch to get up the courage to call, and it was totally fine — but when I ended the call I must have let out a huge sigh of relief because the old man sitting on a bench near me looked over with a funny, amused expression. Practice makes perfect?