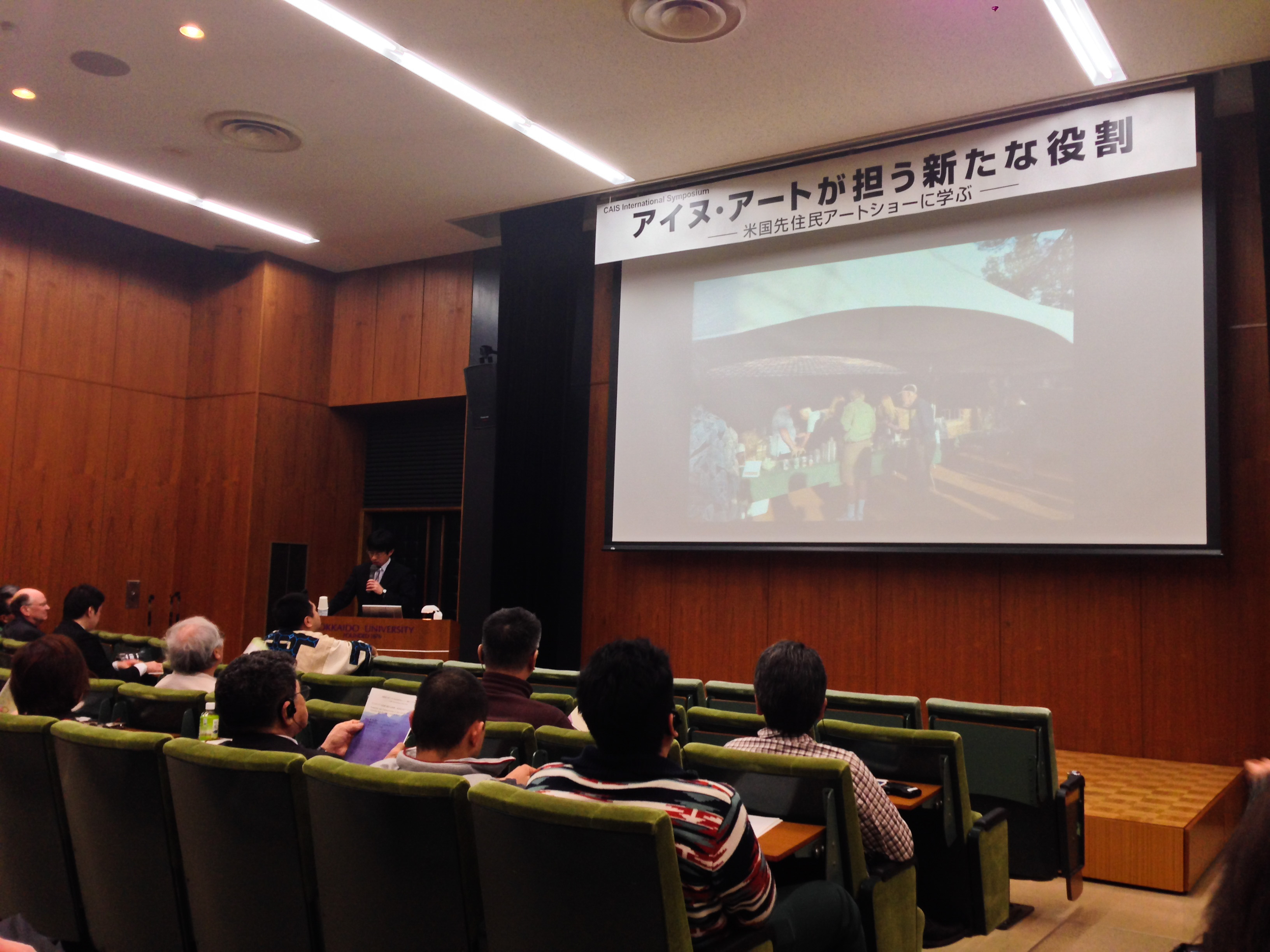 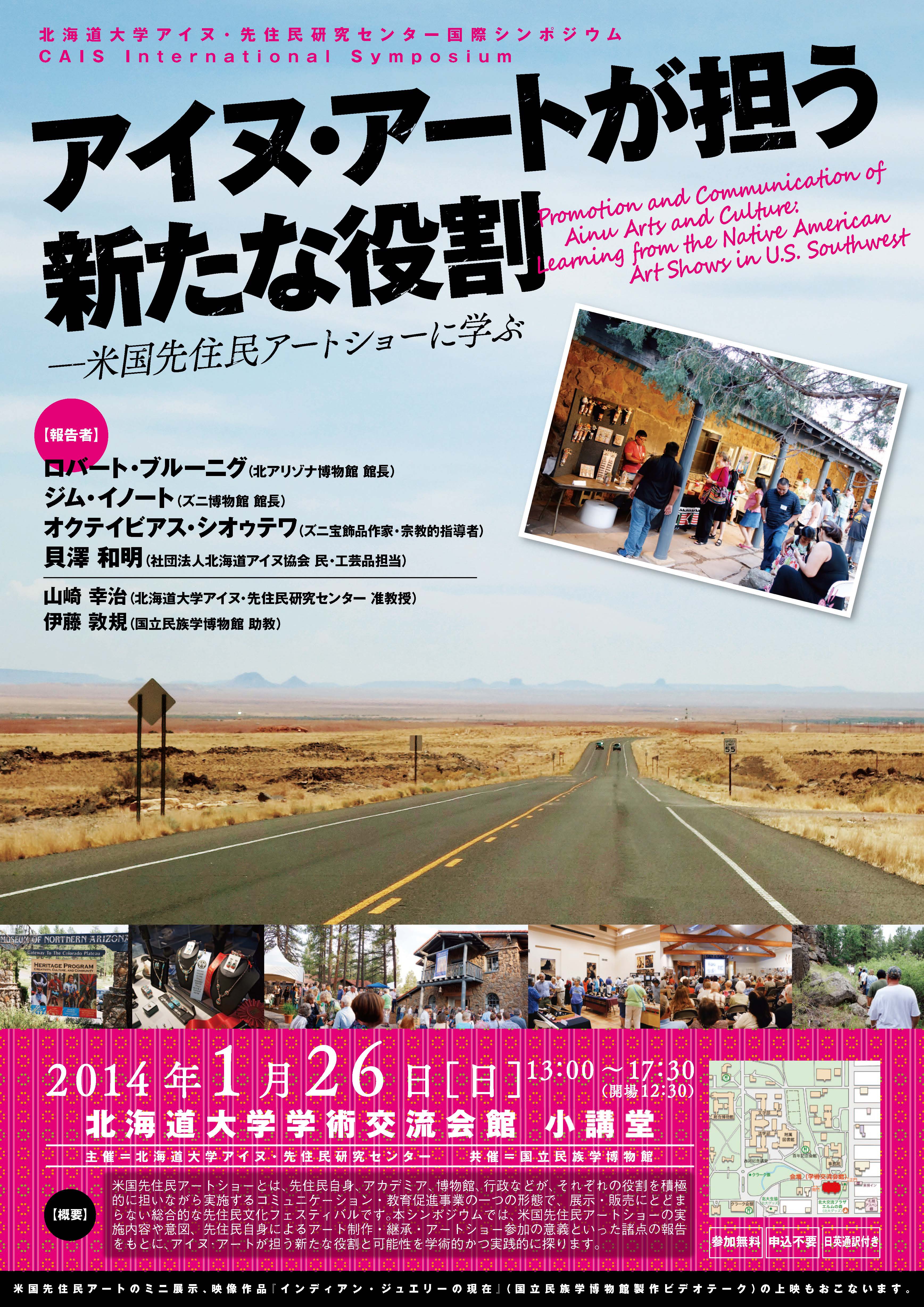 It is really fascinating to learn about one’s own country in a foreign country… Or at least that was my experience at yesterday’s アイヌ・アートが担う新たな役割―米国先住民アートショーに学ぶ Symposium (“Promotion and Communication of Ainu Arts and Culture: Learning from the Native American Art Shows in the U.S. Southwest”). In the true spirit of multicultural collaboration, the goal was to examine the role of the “art show” for the Zuni tribe (Pueblo Native Americans located around the four corners region of the United States), and consider how Ainu art and craft production could fit within such a framework.

There were three presentations (Robert Breunig, Jim Enote, and Kaizawa Kazuaki), a dialogue with a Zuni artist (Octavius Seowtewa and Jim Enote), and a discussion panel (previous 4 speakers, Yamasaki Koji, and Ito Atsunori). The following are some issues/moments that stood out to me. 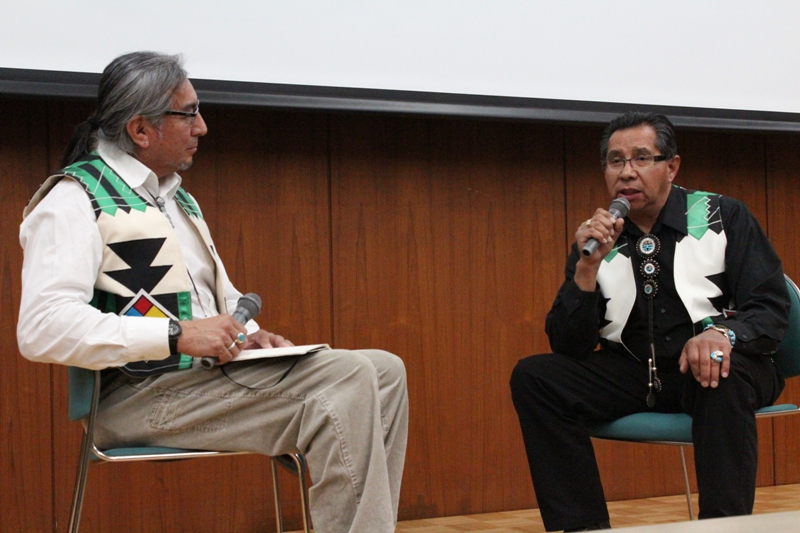 The symposium’s spirit of collaboration was great, and there were many lessons to be learned on both sides. At the same time, such a format also makes apparent many unique issues for each group that do not have a strong parallels. For example, in the case of the Zuni, there is a real problem of other tribes copying Zuni goods for the market, thus undermining a “Zuni style” and devaluing Zuni labor.

It seems like many of the same speakers will continue the discussion along different lines at the National Museum of Ethnology in Osaka starting tomorrow (1/28) in an international workshop entitled, “Re-Collection and Sharing Traditional Knowledge, Memories, Information, and Images: Problem and the Prospects on Creating Collaborative Catalog.”